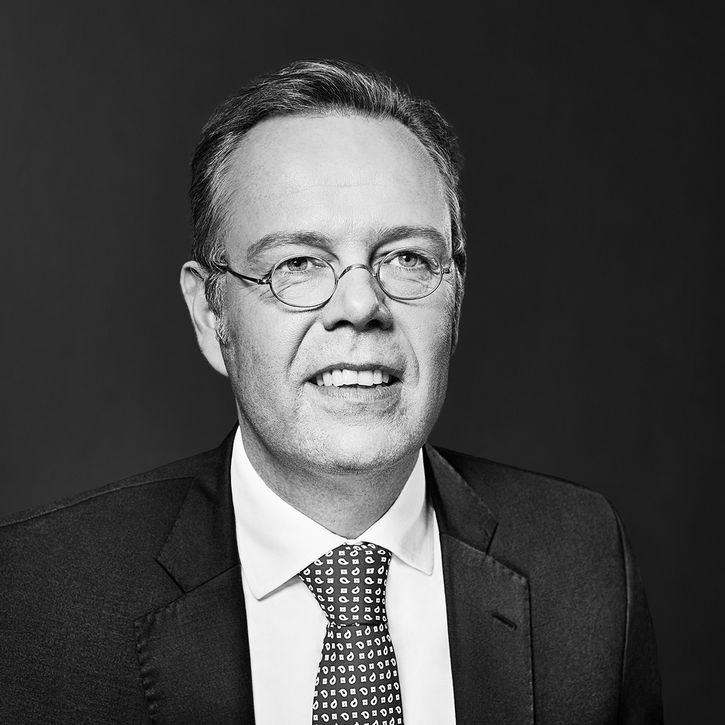 (partner) was admitted to the bar in 1999. His practice focuses on M&A transactions and corporate law as well as “relations with government authorities”. In addition to “classical” M&A transactions, he advises on joint ventures and corporate structurings, often in a cross-border context. His public law practice encompasses regulatory advice in M&A transactions and in particular the law of publicly-held banks, energy and climate law, public finance law (including public shareholdings) and matters in the health care sector. Edzard studied at the Universities of Bonn, Lausanne, Berlin (HUB), Stellenbosch (LL.M.) and Hamburg (Dr. jur.). Before his admittance to the bar, he was an assistant to a member of the German Bundestag and a stagière at the United Nations in Geneva (UN/ECE). From 1999 to 2007, Edzard worked for White & Case in Frankfurt, New York and Hamburg, where he was named partner in 2004. Edzard is regularly a speaker on corporate and public law topics. The “JUVE Handbuch Wirtschaftskanzleien” lists Edzard as a frequently recommended lawyer since 2009; furthermore he is recognized by the Handelsblatt in “Best Lawyers – Deutschlands beste Anwälte” in the areas of corporate law (since 2015) and Mergers & Acquisitions (since 2017). He is fluent in English.